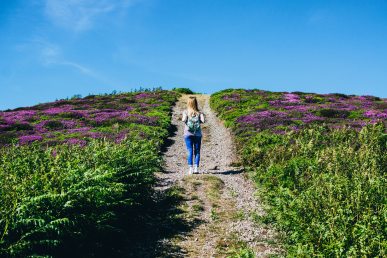 I really loved Glee until I hated it. Unpopular opinion? Maybe. But here’s the thing: after season two and (SPOILER ALERT) they’ve already made it to regionals and won, they aren’t underdogs anymore. They’re doing great, but the tension goes slack. Why? It’s less fun to root for characters who don’t have to struggle.

From a reading perspective, it’s WAY more fun to follow a story that has lots of ups and downs in it rather than one straight line. But why is it that readers connect more strongly with a character who has to make that uphill climb? Is it just a healthy dose of Schadenfreude? (Or for a funnier but not-so-PG example of Schadenfreude, click here).

Good characters have resolve, creativity and endurance, right? Kind of like our favourite creepy, crawly villain Coriolanus Snow, whose family has fallen on hard times. It’s fun to watch him scheme his way out of the gutters, isn’t it? When a character struggles, we experience something called a “desirable disadvantage.” Malcolm Gladwell wrote a whole book about this phenomena if you want to read more about it, but here’s the lowdown:

The idea is that sometimes, the harder a situation gets, the better a person does. In effect, underdogs end up being better off than they were before because they have to haul some metaphorical butt to get there. But when we’re reading, it’s not like we have to do that hard work, so why then is it so enjoyable to watch our favourite characters struggle?

Thanks to the upward mobility bias, we love underdogs in part because we recognize them as such.  One study even revealed that people who were showed struggling and non-struggling geometric figures showed more support for the struggling figures. They were even more enthusiastic if there was some top-dog trying to keep them down. Why? Because our brains remember all of the other “underdog” narratives and we expect those poor bastards to win, despite the odds.

That being said, if your underdog slacks off, apparently folks will stop rooting for them. I guess there is a limit to how long readers will cheer for their favourite down-on-their-luck character if they don’t pick up the slack. That’s because it doesn’t fit the underdog formula. When one group of researchers surveyed people after watching Cinderella Man and Rocky I, they learned that people remembered (and still liked) James Braddock, who wins at the end, but they were less enthused with Apollo Creed in Rocky I, who loses to the top-dog even after running up all of those dang stairs. Apparently, if your underdog doesn’t win, that’s not going to fly.

It all boils down to the climb and what your underdog gets once they reach the top.

Who are your favourite underdogs?